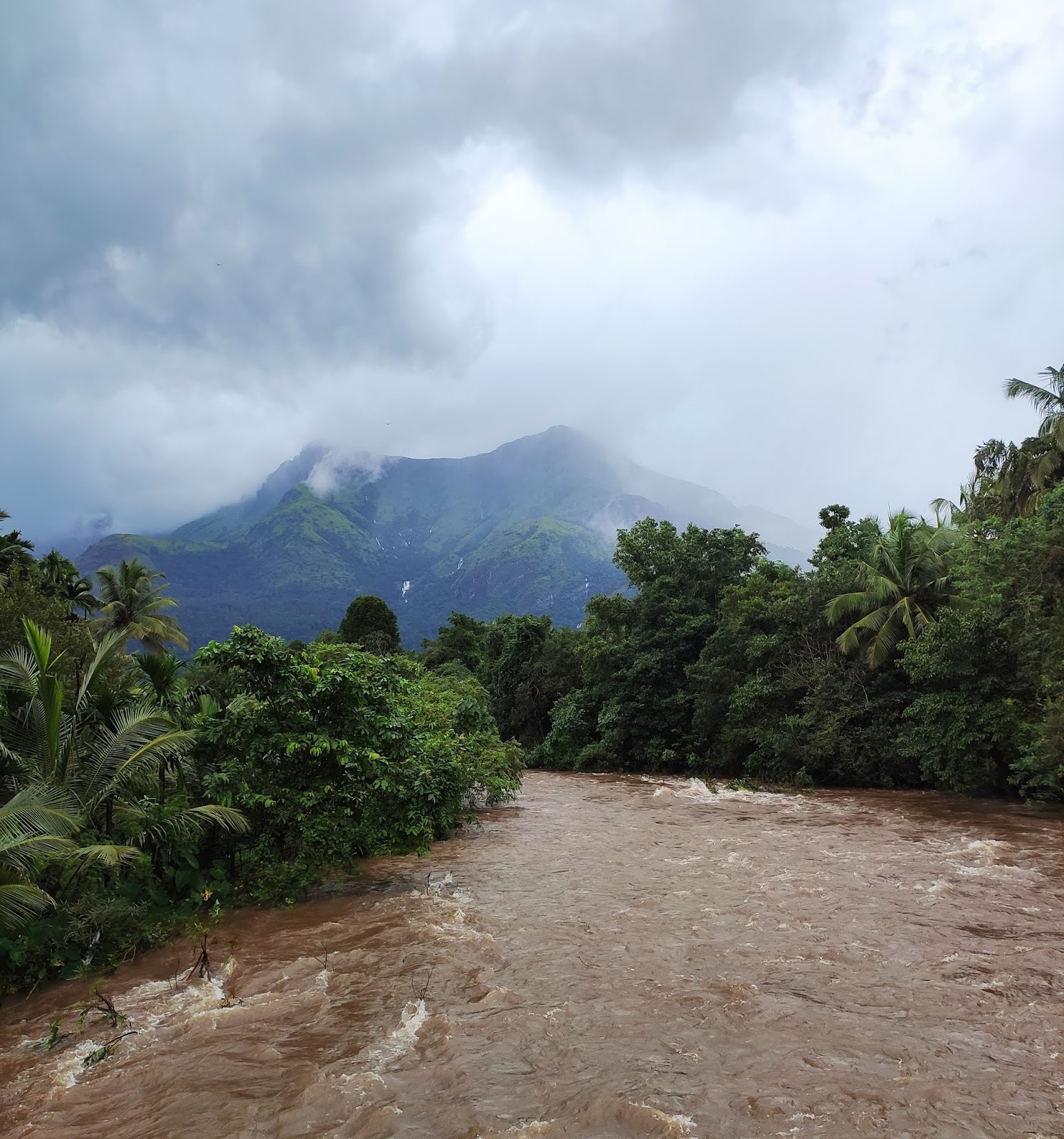 It was a long time thought to publish a blog on this village but due to hectic busy unable to write on this, due to the country lockdown due to COVID19 got sufficient time to complete it.

This village surrounded by a thick forest of Kudremuka reserve forest, along with this majestic monolithic hill of Gadayi Kallu also called Narasimha Parvatha, Jamlabad(Tippu named this remembrance of his mother Jamalabbi) towards the south side,  beautiful paddy fields, gushing water source from the western Ghats hills. 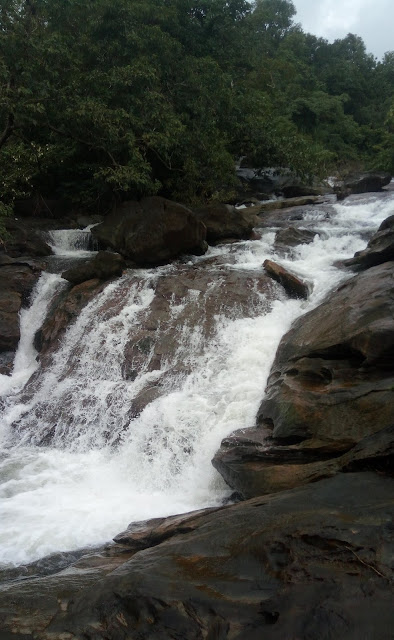 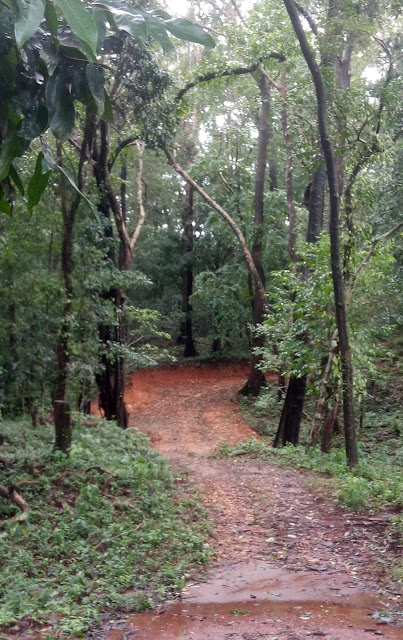 This western Ghats source to many water springs & tributaries to Nethravathi river its lifeline of Dakshina Kannada people’s.

This village is 12kms proximity to its taluk center Belthangay town and all the weekly markets, other amenities like Hospitals, Banks, transportation facilities to main cities, Bakery/Confectioneries, etc. you will avail there.

One Ayurveda hospital running by Dr. Pradeep in this village and it is highly benefiting to the local people not to depend on the town for minor health issues.

In this village recently excavated the idols of Shree Gopalkrishna and it belongs to Alupas time, they reincarnated the temple in the heart of the village.

Nearby one more ancient temple of Lord Shiva -Ardhanareshwara temple, before Gopalkrishna temple reincarnated the villagers devotes to this temple due to its proximity and ancient temple within the village surrounding.

Along with this one more beautiful temple located amidst nature on the bank of River Nethravathi on another side Shree Kolli Durga Parameshwari of Mitthabagilu.
It’s believed that the Bangadi Chieftains loyal to this temple & donated enormous of lands, pieces of jewelry to Goddesses Shree Durga.

Here the people fully engaged in Agriculture along with dairy farming from almost every house. 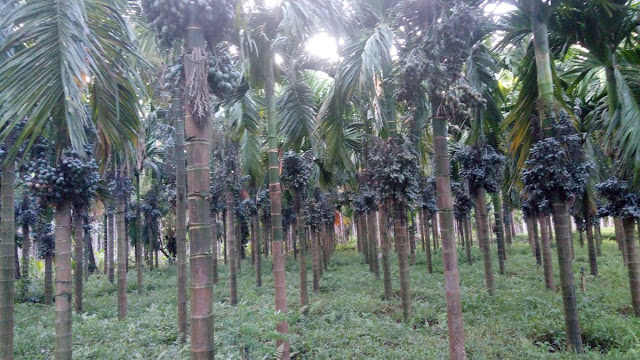 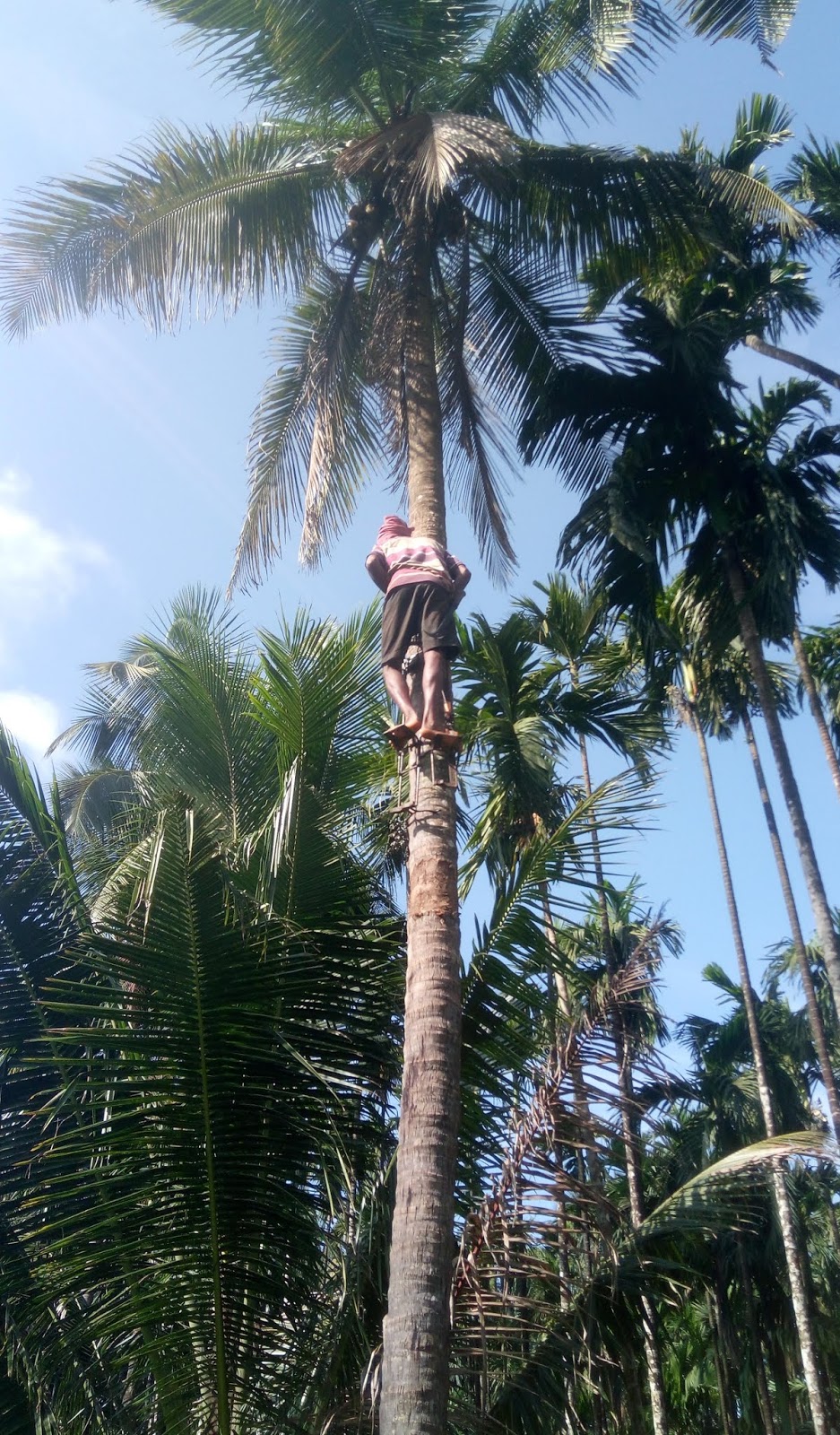 This village having abundant natural resources of many varieties of trees that come under Kudremuka national park.
The flora is exotic and endemic. Be it the ferns or the fungi, lose yourself in a world of woods and trees.

In the monsoon month i.e. June the southwestern rains bring prosperity to nature by giving a boost to the plants, trees, grass, mountains, paddy fields.
to express its beautiness need to search perfect English word to equate the sweetness of Kannada vocabulary.

But in the scorch summer months -April, May the weather is very adverse due to the high humidity 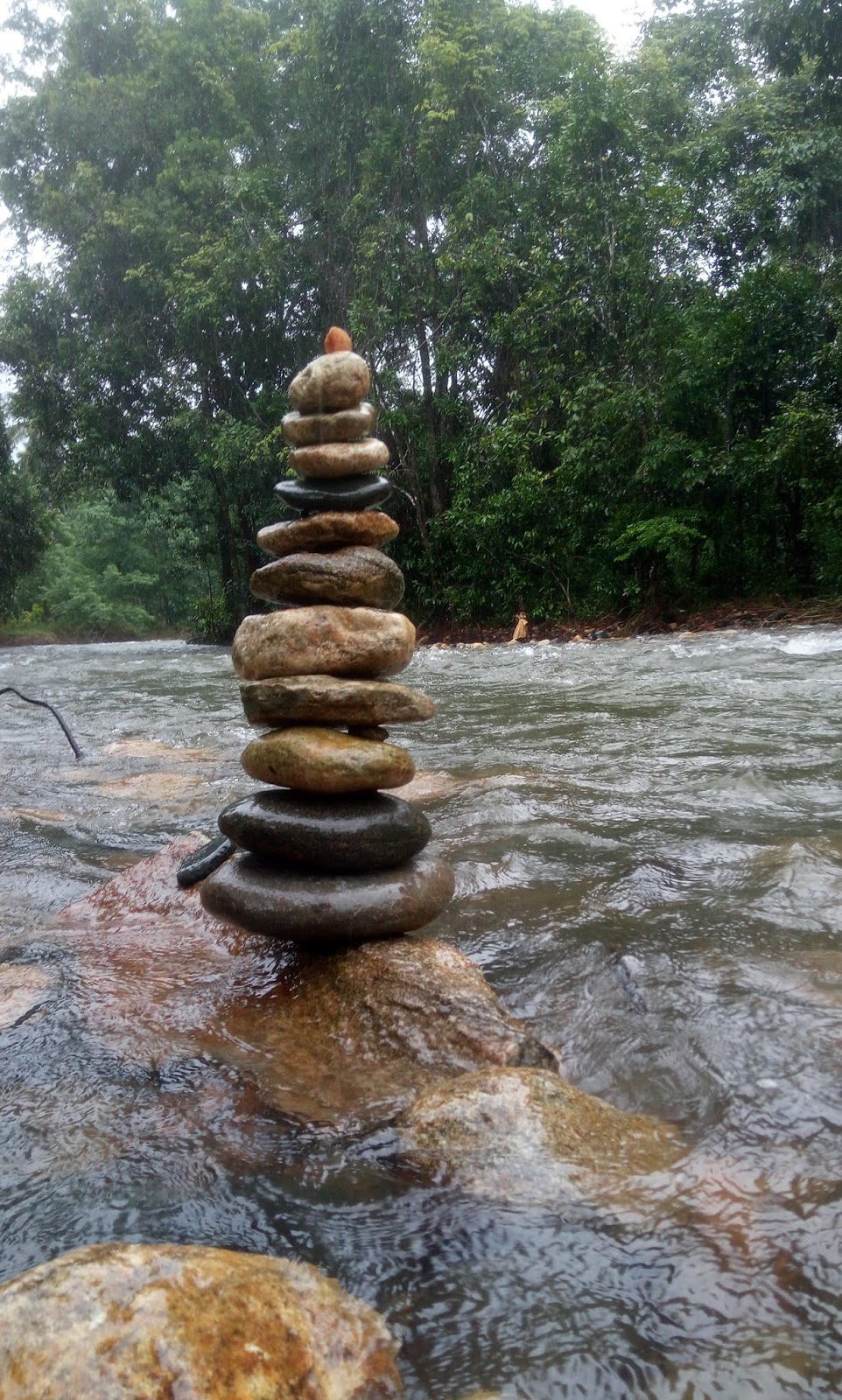 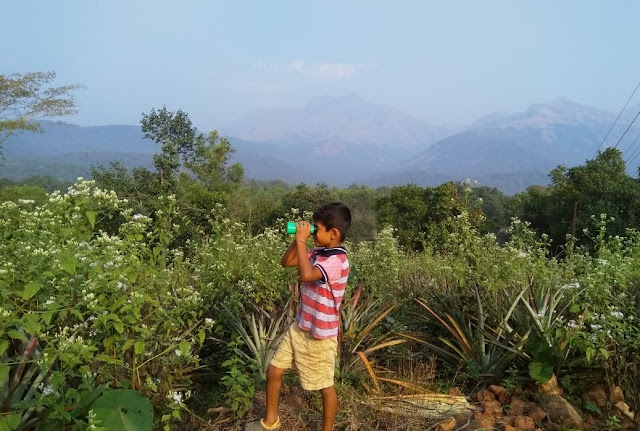 The mother nature covered with green saree and its border with milky white of gushing water springs from the mountain valleys.
The thick grey clouds covering the Ghats like a dhoop In-front of god to please the mother nature.

And then there is my personal favorite – birds. The birds of Western Ghats are special – resident, migratory and endemic. Almost 500 species are found here.  I have seen varieties of Peacock, bulbuls, hornbills .sunbirds, flycatchers, thrushes and melted away like Keats listening to their. 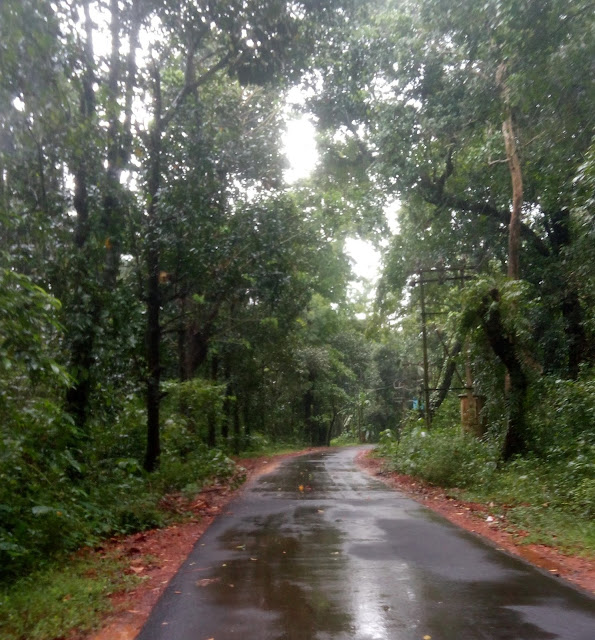 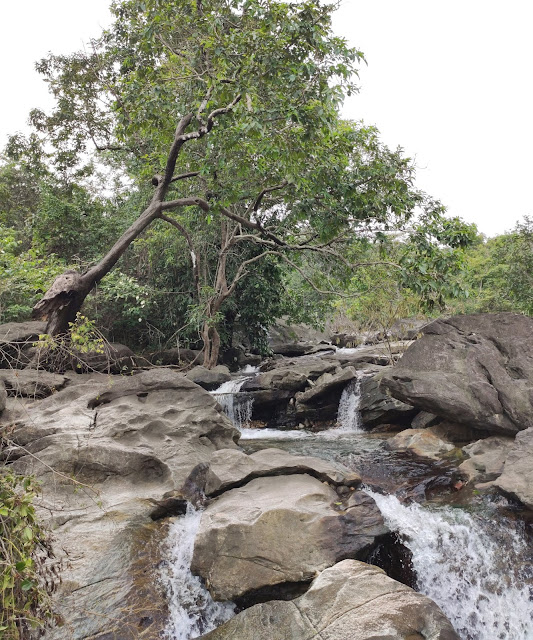 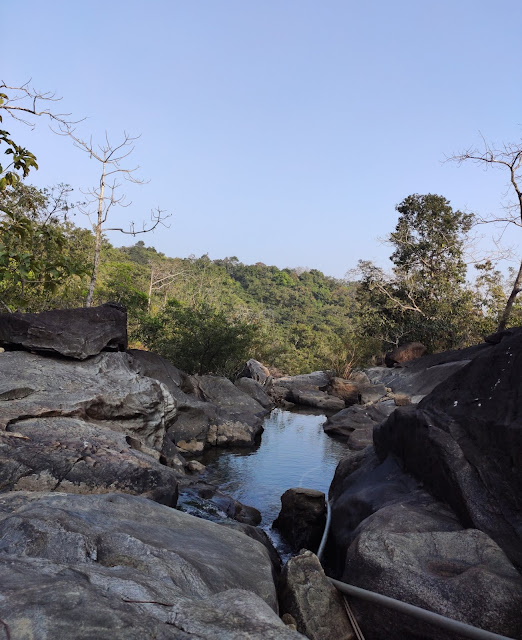 Here the belief of nature gods like Serpent (Naga Daiva), Bhoota’s(Local Spirits), Mother earth by performing annual rituals -Keddasa, Bhoota kola , Nagapanchami to protect their family and nature, it’s a beautifulness of the bond between people and nature in the form of the divine. 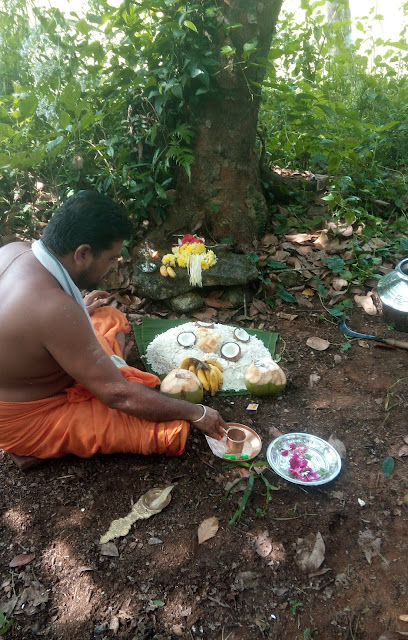 It’s celebrated on new moon day of Ashada masa(Sanskritised Kannada month)/Aati(Tulu solar month) early morning they will collect the bark from the pale tree(Milkwood pine/Ditabark) from it’s they will prepare kashayam(Syrup) by grounding other spices and they will drink by among the family members in small quantity.
As it’s anti-inflammatory and many medicinal properties in it.

On this Auspicious day of worshiping mother earth gets menstruate and the day is celebrated holistically.
On early morning elder lady of the family perform the rituals by putting the Ambi (Cow dung) around Tulsi katte, lights the lamp along with it keeps the Kumkum, Shikakai , pour the coconut oil to the soil as a symbol that she is putting oil to mother earth before she goes for bathe herself.
it’s belief that the mother earth free from all agricultural activities in the spring season of February & farmers will don not perform any agricultural activities. 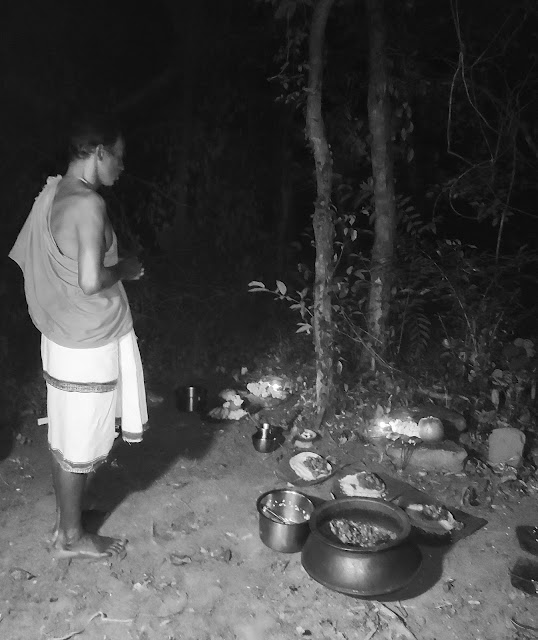 As this place is my wife’s native too so I’ll be visiting this place frequently & mingle with the beauties of nature to get rid of the hectic life of city life. 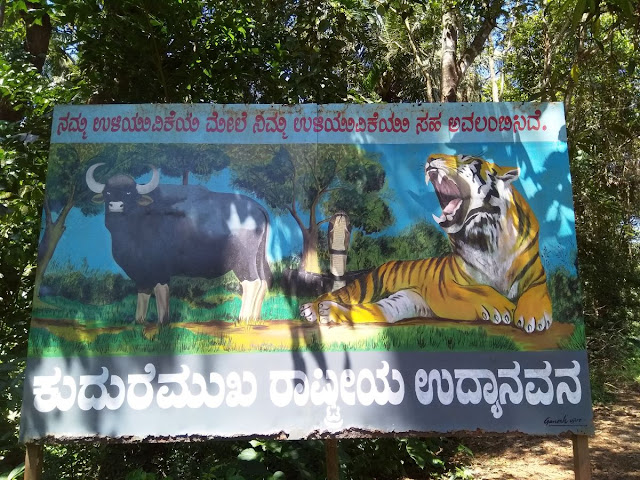 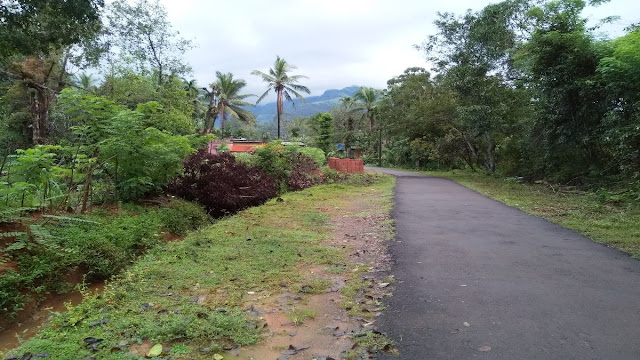 As I trekked five times to Kudremukha peak & briefly explained in my earlier blog, the interesting point that the trekking can be started from Navooru also but, due to some restrictions by the forest department abandoned this route.

Trekking trail: Navooru-Forest Bangle-Trail trekking to Tolali-Lobo house①-Lobo house②-Kudremukha peak
I hope one day I’ll trek from this route with permission from the Forest department. 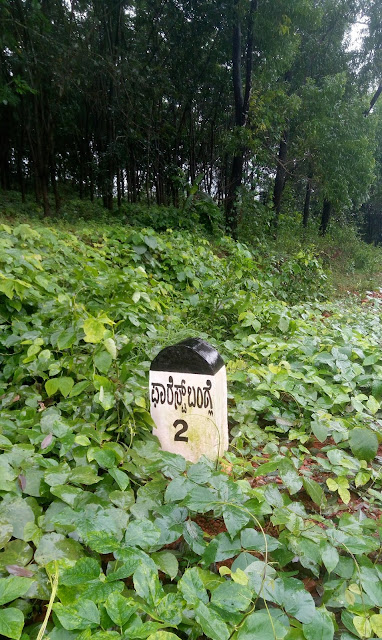 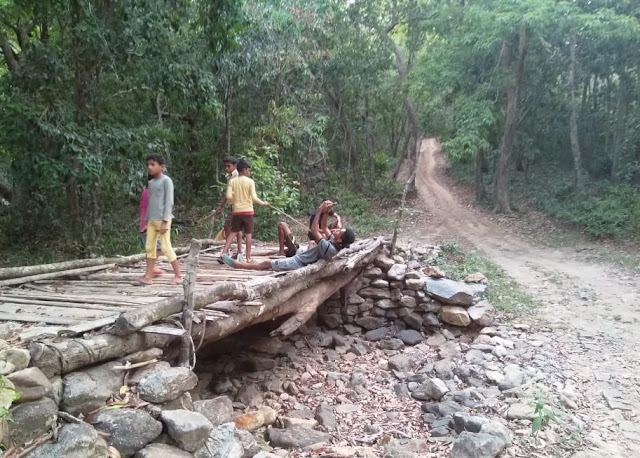 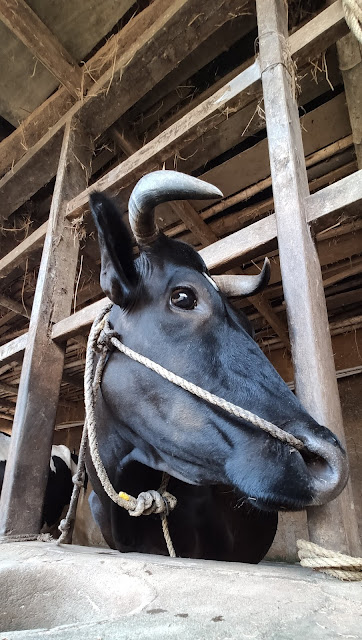 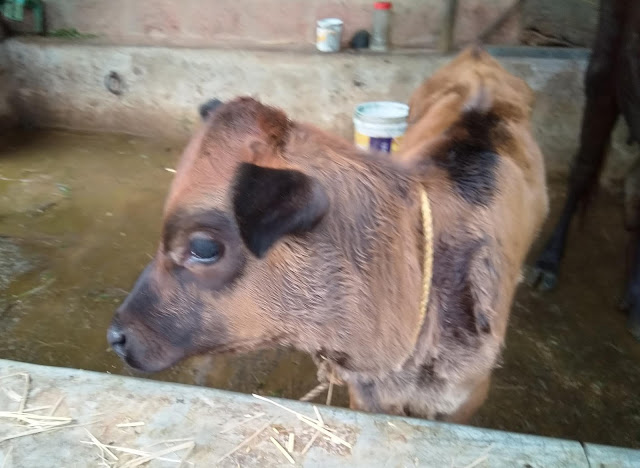 On the auspicious day of Somvathi Amavasya falls on Monday the local people carry the pilgrimage to Somavathi falls (Mullodi, Chickmagalur district) it’s in a nest of Kudremukha hills and same already explained in my earlier blog of Kudremukha. 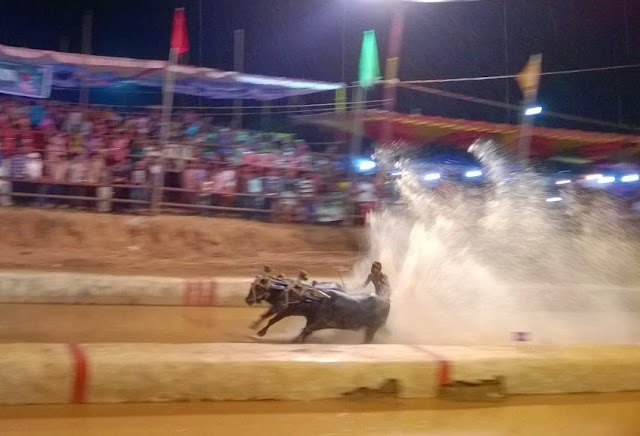 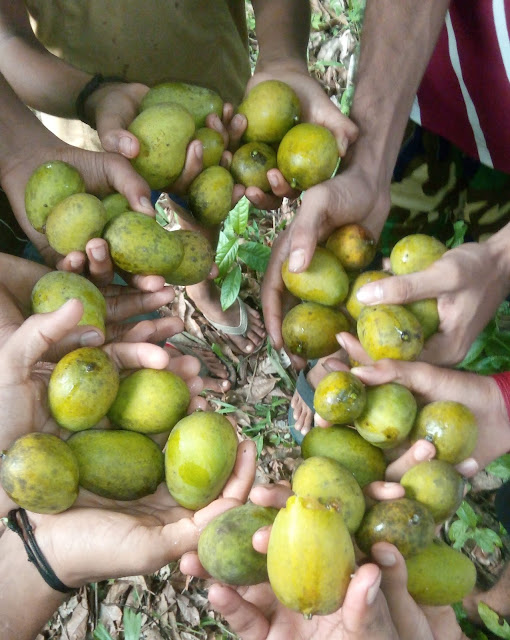 Thanks to my cousin Nuthan Morthaje for sharing such wonderful snaps.

I can recollect the famous poem of KV Putappa on nature:

If you enjoyed this post, I’d be very grateful if you’d help it spread by emailing it to a friend or sharing it on Twitter or Facebook. Thank you!