Traditionally it's also known as  Pampa , kishkinda, Bhaskara kshetra - is derived from the old name of the Tungabhadra river, the name 'Hampi"is an anglicized version of Kannada name Hampe (derived from Pampa).

Virupaksha temple was the main patron deity for the Vijayanagar rulers, it was recorded in the earlier settlement in Hampi date back to 1 CE. 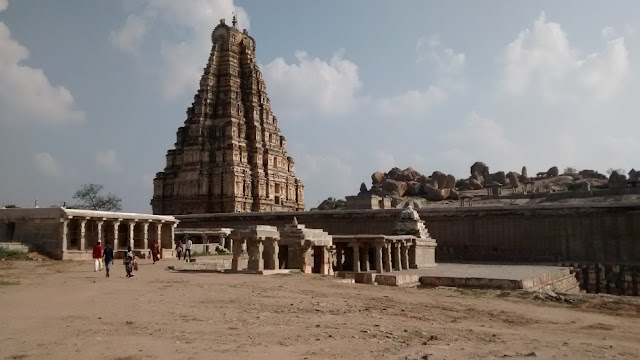 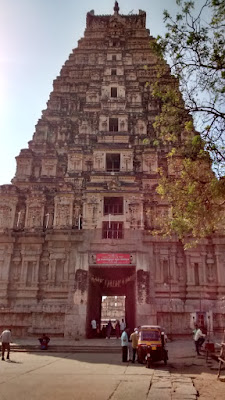 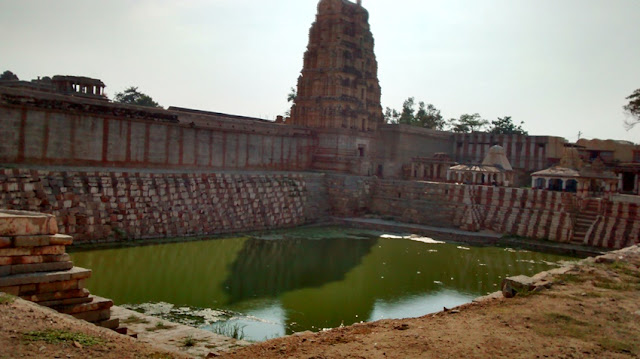 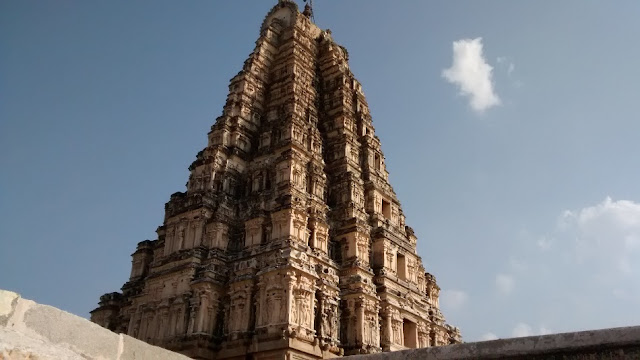 Hampi was one of the best areas of the capital of  the Vijayanagara empire  from 1343 - 1565 , when it was besieged by the Deccan Muslim confederacy.

The annual Hampi Utsava or Vijaya Utsava has been celebrated since the reign of Vijayanagara. It is organised by Govt of Karnataka as Naada habba. 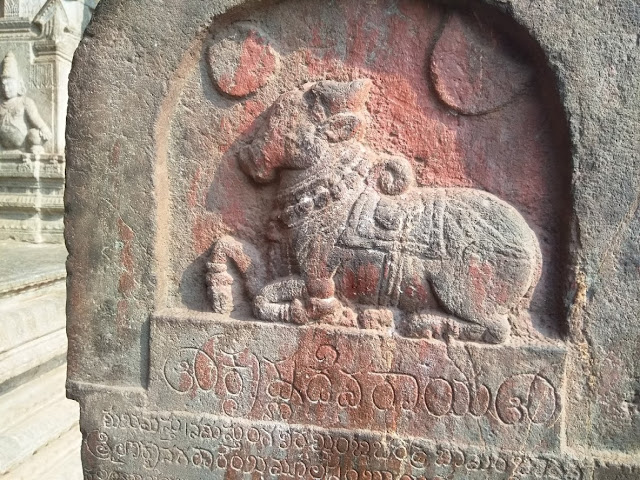 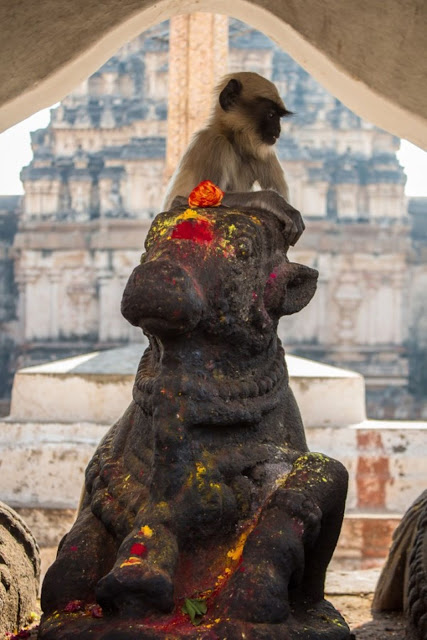 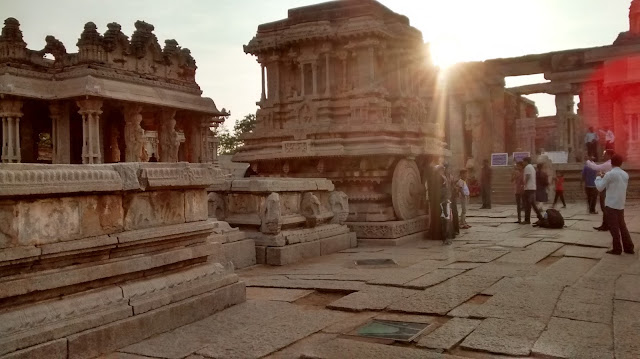 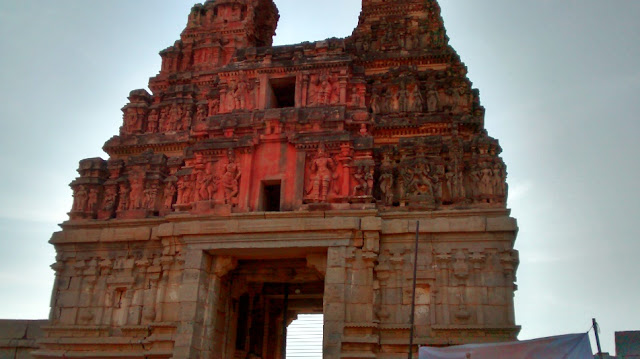 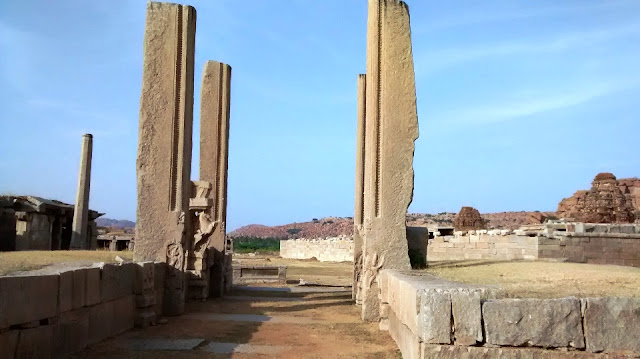 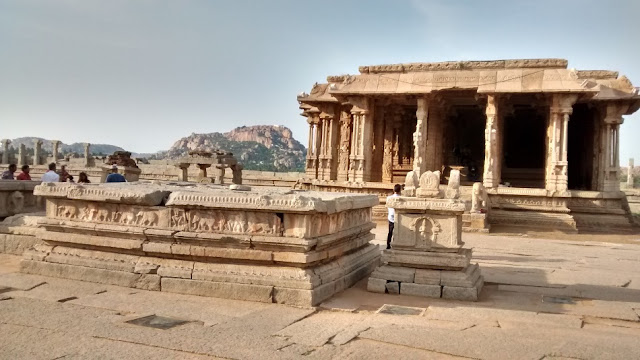 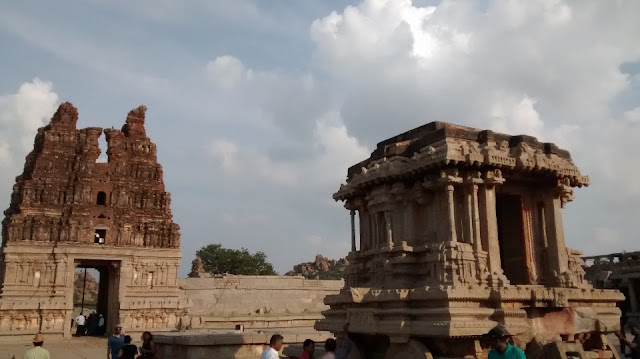 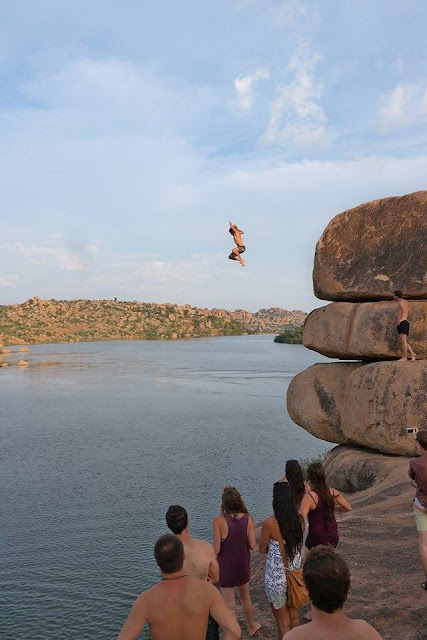 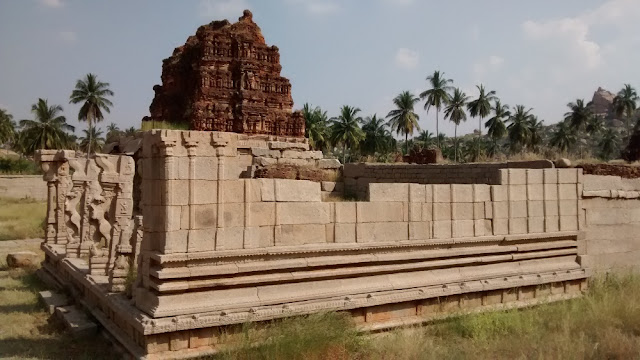 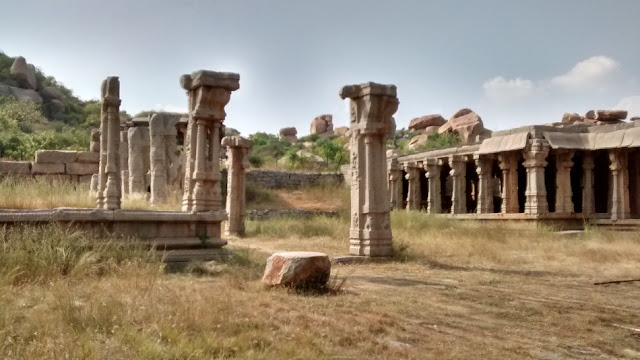 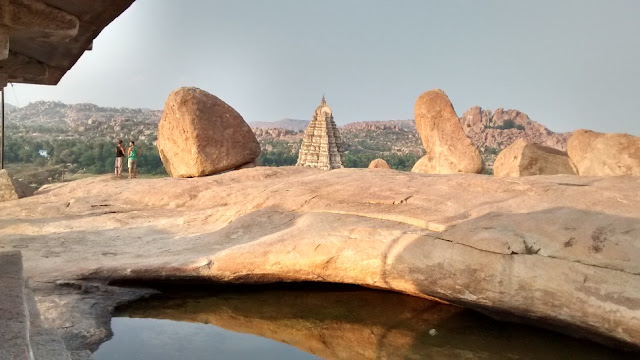 One of example for Marvelous Engineering skills at that time. 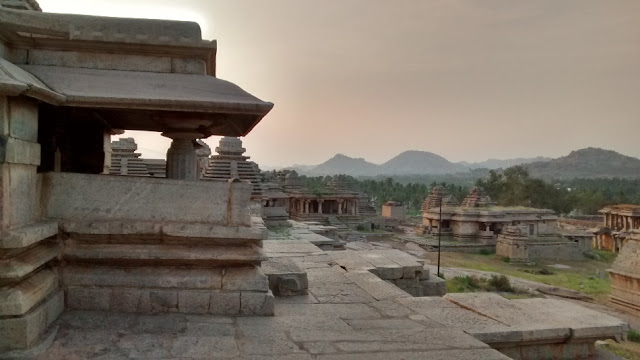 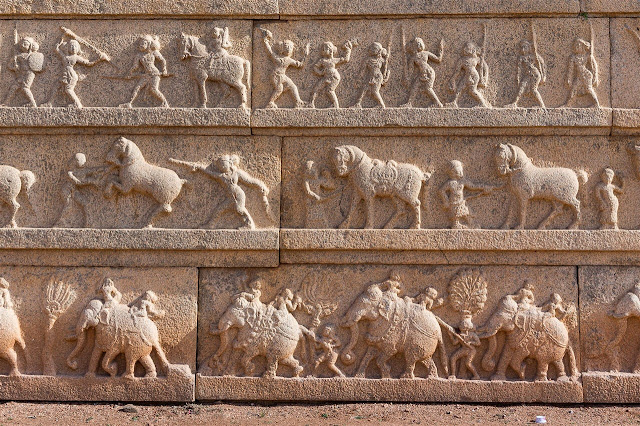 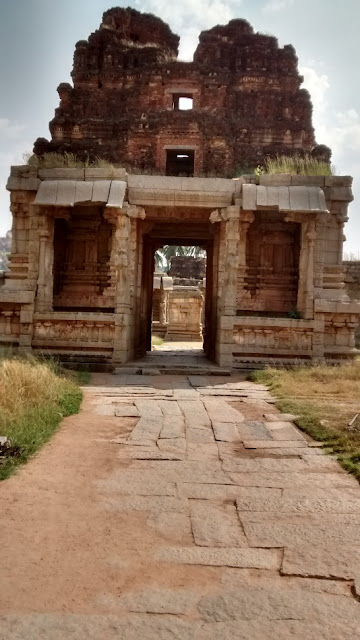 This city was capital to all dynasties of Vijayanagara kingdom & it  also referred  as Golden empire
Dynasties like Saluva, Sangama, Tuluva, Araividu ruled this city after the battle of Talikota , Deccan sultanate invaders ruined the city, destroyed many temples & monuments later they changed capital to Penukonda & Chandragiri (A.P) respectively.

Nearly one week required to cover all historical sites places around Hampi , you can hire motorbike or bicycle will be given rent on daily basis. 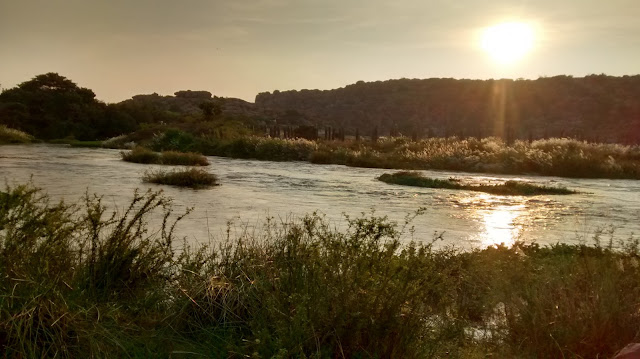 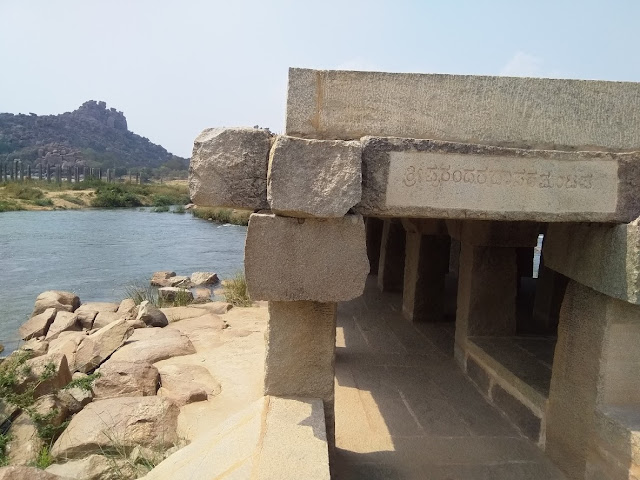 Many invaders destroyed temples, looted precious stones everything but can't destroy the belief of Hinduism and it was in our blood.
We gave shelter to foreigner traders, build churches, mosques & invited the expatriates gave shelter to them but rulers of India (Bharatha Bhoomi) never invaded any foreign countries that's harmony in our blood & we are proud of our culture & Sanatha dharma (Hinduism)
Dharmo rakshithi rakshitha...

With the help of Sage Vidyaranya two brothers - Harihara bukkarya laid the foundation for the Hindu dynasty glorified as one of the prosperous Kingdom in the world.

If you look closer it looks as if a frog is trying to jump into water. Is it a mother holding her child? Or is the serpent decorating Lord Shiva's neck? Now look at the same carving from the sides. A mommy monkey feeding its baby, Lord Hanuman flying with the mountain? Or is it a serpent peeling off its skin.Guess where today's animators need to seek inspiration from!


If you are love with art, painting, History, Adventure than what you are thinking....Pack up & move.....


Hampi, Karnataka (India)
By road: Reach Hosepet and get an lot of buses running to Hampi.By air: Vijayanagar Jindal Airport, Bangalore international Airport (Approx 345 KM's)Best time to visit: August to FebruaryMinimum number of days required: Three to four daysPlaces to stay: In Hospete you will get all good Hotels with all amenities , i preferred to stay at Hotel Shanbhag (Best hotel with best price)*Auto rickshaws are available only for one side of the bank. You have to use to the boat to crossover to the other bank. Rated are fixed for it and you can cross only when the boat is full. For the other side, rent a bicycle to travel around if the weather is good or else go for a two wheeler. Tourist attractions are on both sides of the bank but prefer staying on the calmer side surrounded by nature, free from pollution.

If you want any good guide please contact me without hesitation, I'll reach you to a good knowledge on this place.