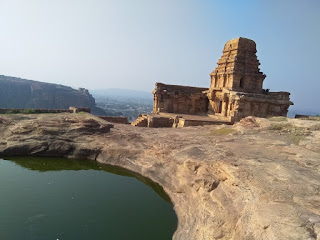 Badami it has a long thousands of years old in the historyof karanataka it’s presented in the Bagalkot district .

From a record it was a capital of Badami chalukyas in the 6th Century AD by Pulikesh I.

This place also called VATAPI,VATAPIPURA, BADOMOYI(Mentioned in the Greek text in 2nd AD century by famous Greek Geographer-Mr Tolamy in his records)

From the capital of state Bangalore it’s 510 KM away towards north side of the state.


It’s a taluk center with sizeable populated houses in the town you can find number of Hotels, Guest house for accommodation.

Badami having a good connectivity of Road & Rail from all major cities of the state.

Major places to see around Badami: